In all that I say in this book I submit to what our Mother the Holy Roman Church held in the time of St. John of the Cross. (16th century)

If there should be anything contrary to that it will be due to my not understanding the matter.

This book is about teaching children how to play basketball, coaxed into this activity much in the same manner as the work that John the Baptist did on the banks of the Jordan River. . .

A few differences: We are using the game of basketball to spread out the areas of Christian doctrine in an organized pattern. 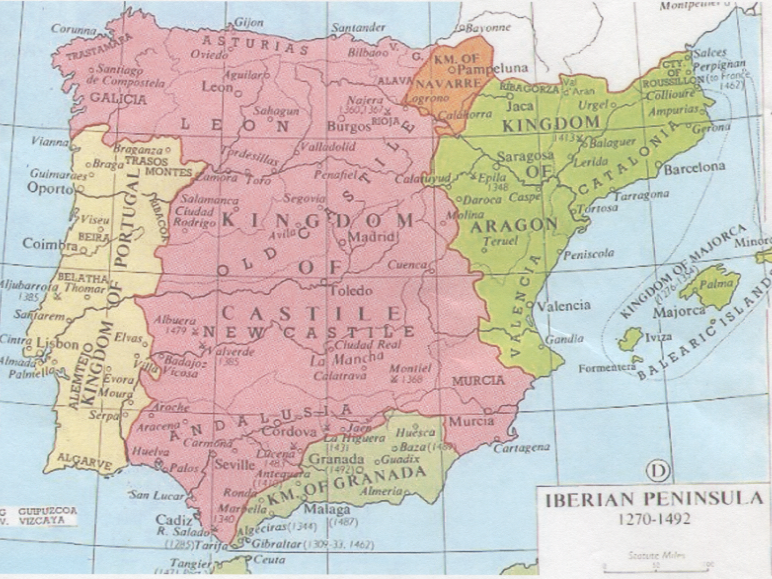 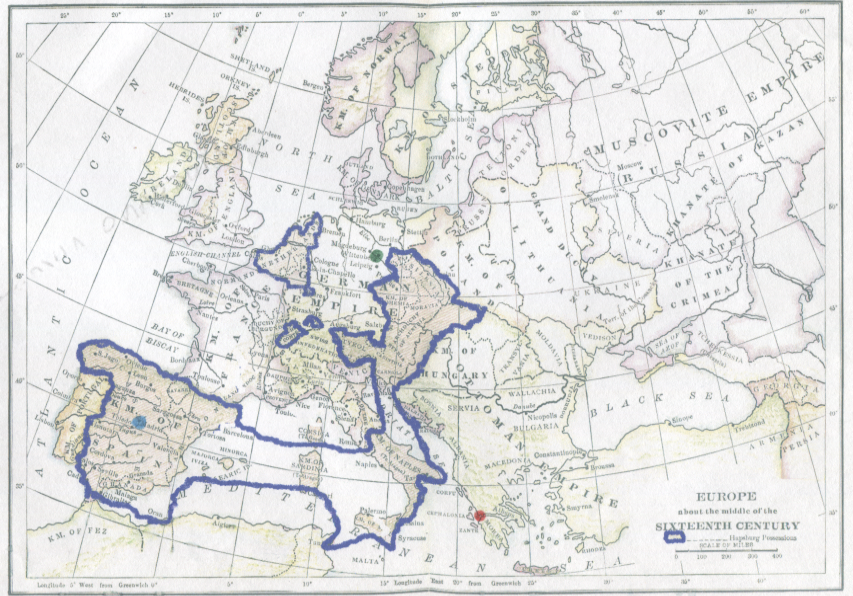 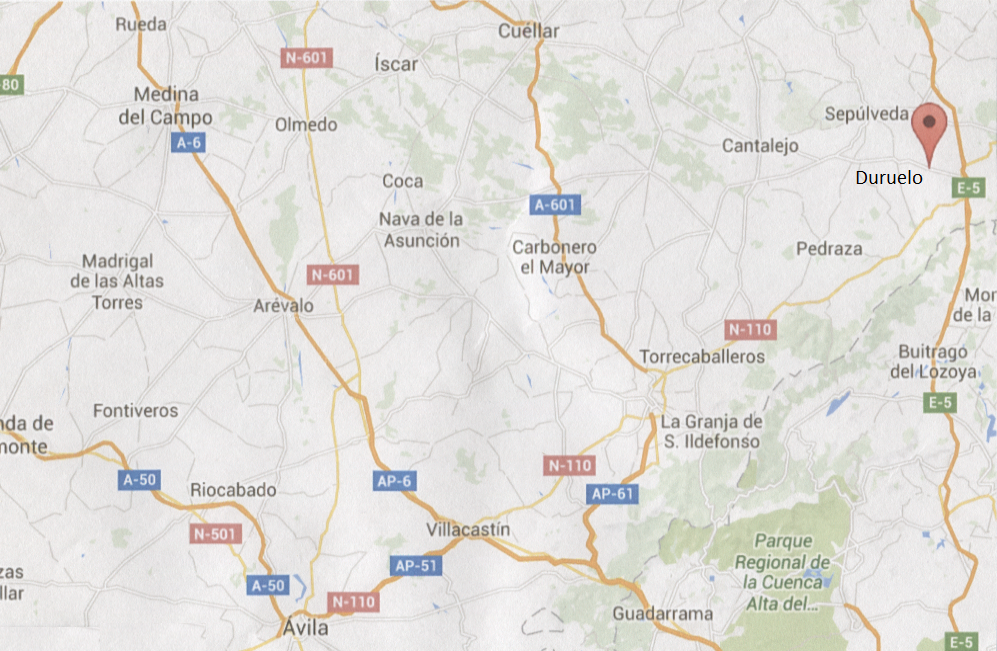 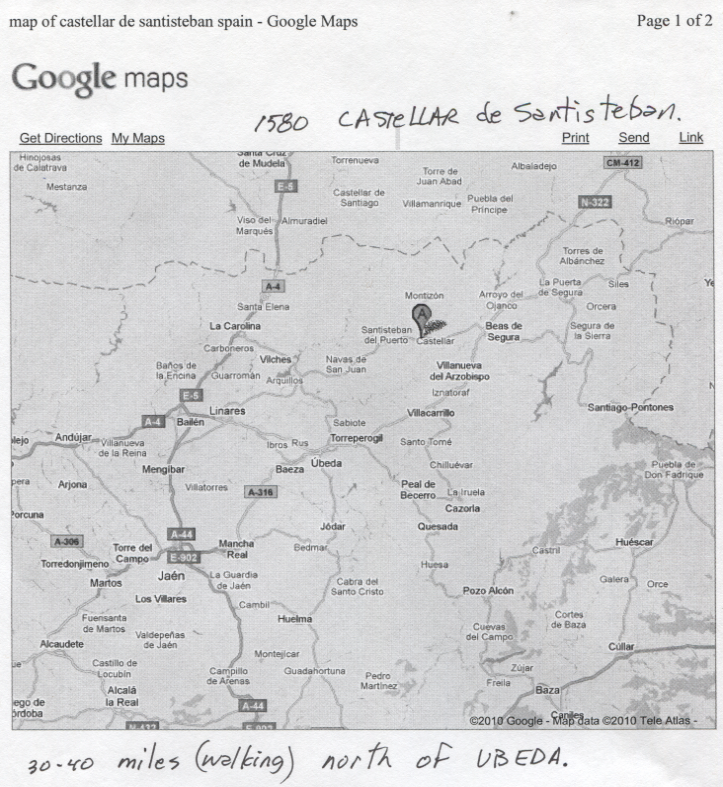 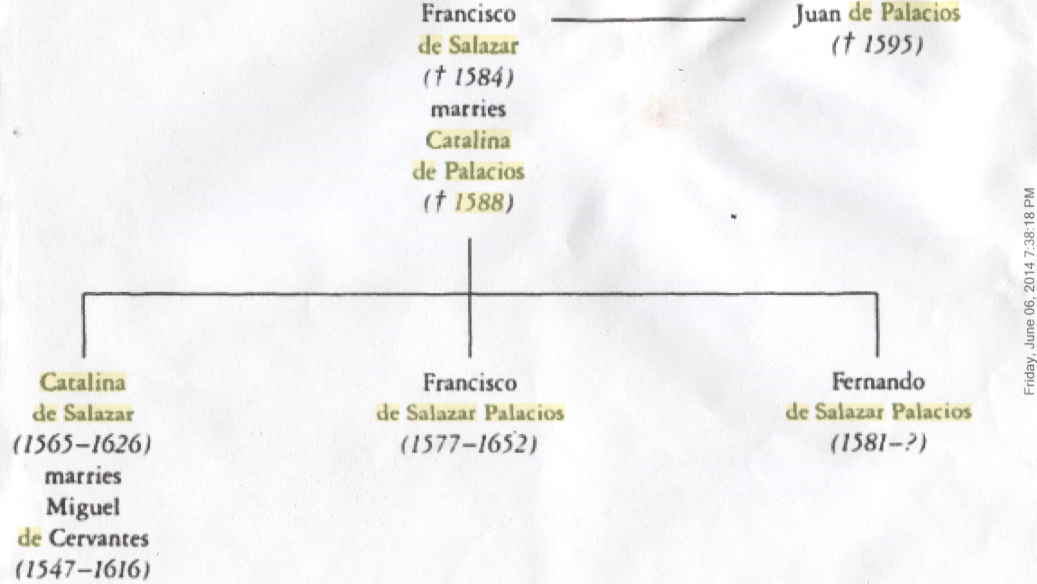 (I’ll remove this later) After a year away, I am writing again. On November 26, 2016  I logged my last entry editing “Non Quixote.” As I was highlighting names on a Cervantes’ family tree I was struck by the embarrassing fact that I was dead-end-drilled into minutia. 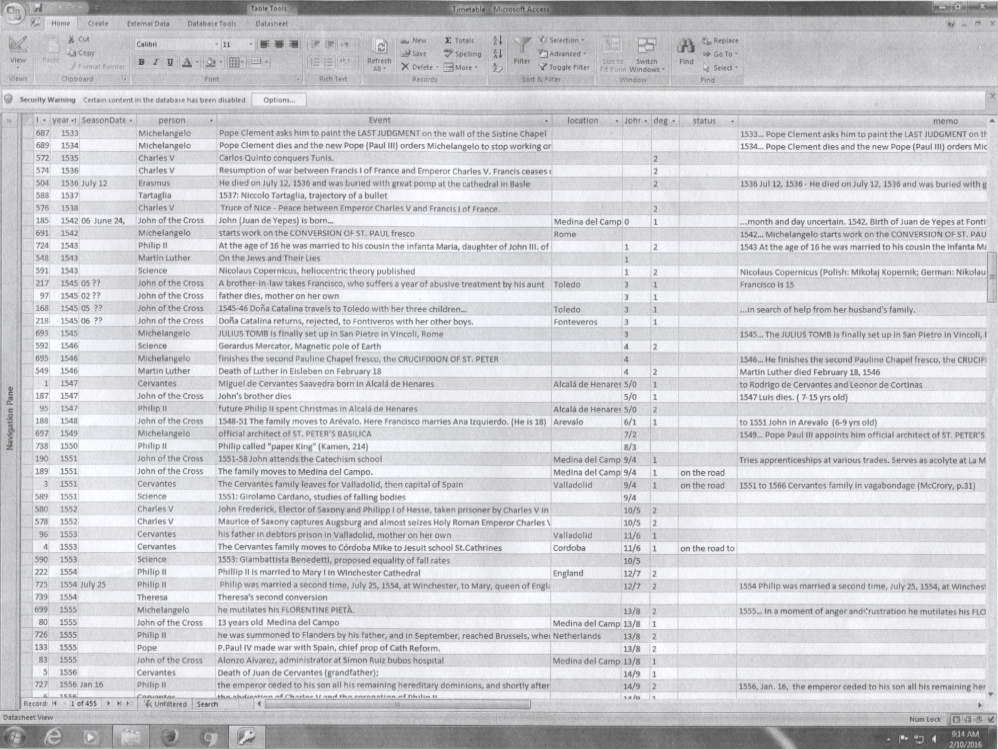 A screen from data base that collected all the minutia is shown above. It morphed into a bound, 65 page index of the activities of Luther, Michelangelo, Charles V, John of the Cross and Miguel Cervantes, to name some of the players between 1500 and 1600.

If anyone is interested I have charts and indexes in a folder at home.

the green lettering that follows is a meta-data label notes for my publisher. The green text can be ignored. It is here to hold footnotes and other information output when a story is published.

John moved to Medina del Campo when he was 8-9 years old.

The Cervantes family leaves for Valladolid, then capital of Spain

In 1551 the Cervantes family joined the throng of vagabonds that frequented the King’s highway looking for work. The target destination on this trip behind an ox art for two weeks was Valladolid, the new capital of Spain, the next residence of the king.

Three year old Miguel’s grandfather’s reputation as a good lawyer was a big part of the family’s decision to move from Madrid. Business follows bureaucracy, so the family signed on to an ox caravan that was headed north. Miguel’s father was a barber and a surgeon, and deaf;  and decided to follow the population that was following the king to his new quarters.

“That’s where the jobs are.”

In that same year John’s mother moved her fatherless children to Medina del Campo, a weaving center on the road between Madrid and Valladolid, after an unsuccessful plea to her deceased husband’s family for help. On arrival, she did not have a job, but her weaving skills were good enough to find work. She also was a wet nurse.

Nine year old John was an accomplished beggar. His slight stature and dark eyes were a sales gimmick seen by the highway people who camped for a night or two at the edge of town.

John could tell that Mike’s family had food in one of the ox carts. Although on the road with all their possessions, they were not poor. John hung around between the food ox and Mike’s mom, a tactic that had been successful for other caravans.

Little Miggy started crawling around toward the ox’s legs and John was suddenly worried that harm may come to the toddler. He was still shocked by the death of his older brother who lost his life a few years ago, saving John from an ox’s hooves.

editors note: so his beggar role was displaced by big brother behavior?

"There are no silly questions."